A Dirty and Abominable Vice 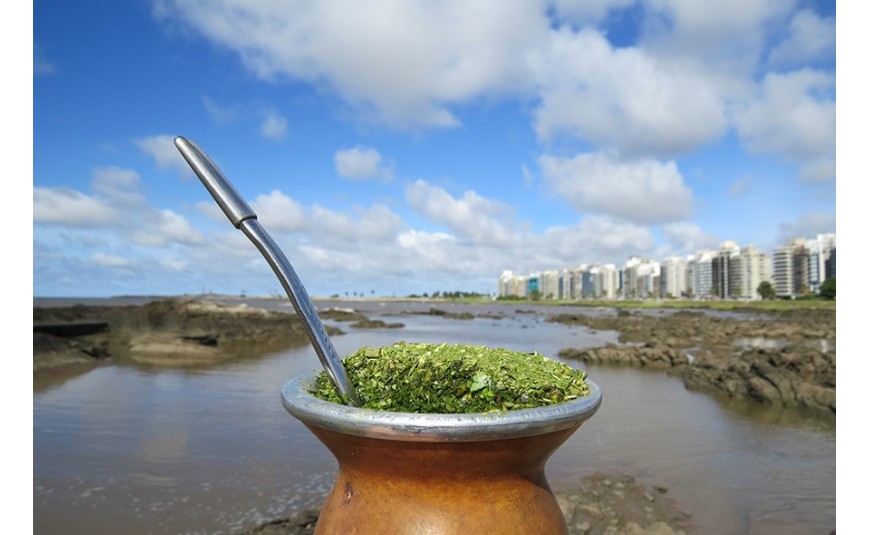 November 30th is celebrated as National Yerba Mate Day in Argentina. There will probably be many who have not thought about it when putting the kettle on the fire or when preparing their mate for the first sips of the morning. However, had it been for Hernando Arias de Saavedra, better known as Hernandarias, that everyday pleasure would continue to be a clandestine delight. More 420 years have passed since the then governor of Buenos Aires, on May 20, 1616, published a ruling in which he prohibited the consumption of yerba mate under any circumstances. Hernandarias' ruling meant that  the consumption of yerba mate was totally forbidden on pain of fines - if the culprit were Spanish - or whipping - if in the case of natives. All the seized yerba would be incinerated in the public square, as it was considered contrary to work, man and God.

Born in Asunción, Hernandarias was the first American-born governor of Buenos Aires and, according to his compatriot, the historian Ruiz Díaz de Guzmán in Brief History of Conquest Stages (1612), he was also among the first to observe that the Guarani carried crushed and toasted yerba mate leaves in small leather bags called guayacas. These native peoples used to either drink the yerba as an infusion or chew it during their daily tasks or on long marches.

"A clear suggestion of the devil", "it is an abominable and dirty vice to drink many times a day the yerba with a large quantity of hot water" because "it makes men lazy, which is a total ruin of the earth, and as it is so great I fear that it cannot be removed if God does not do it. " The widespread custom of drinking mate developed among the inhabitants of Buenos Aires in the seventeenth century. Despite this, (or as a result of it) the practice came to be denounced before the Tribunal of the Holy Inquisition of Lima.

Hernandarias ordered that "no one from now on should go or send Indians to have yerba anywhere where it is, nor bring it, try or contract under penalty of losing it, which must be burned in the public square." He also imposed fines of 100 pesos to the Spaniards, or 100 lashes if they were native, to whom "they put it or they wanted to put in the city". In vain, the law tried to eradicate a custom too deeply rooted in the local culture. In those days, even drinking mate was pointed out as a "vice that encourages lovers."

All Spaniards, men and women, and all Indians drink yerba, and when they don't have enough money to buy yerba, they give up their breeches and blankets When they don't have enough yerba they faint and say they can't work. All Indians drink it as soon as the awake and they always drink yerba when they work. If they do not have enough to eat, they sustain themselves with yerba only "reads a textual description of the time. Much has changed since then. Nowadays yerba mate is a source of regional pride, emblematic of the southern tip of America, and a unique tourist attraction.

What would Hernandarias say if he rode through Buenos Aires today? Not only would he be surprised by the pervasiveness of the satanic vice - there are hot water stations at gas stations, mate gourds adorned with football champion teams' colours and disposable mate kits. Were he to set foot in a supermarket he would find a bewildering array of different variants of yerba mate... bitter, smooth, sweetened, for slimmers, with stems, without stems, with herbs, without herbs, with a lot of herbs or a little, a kilo, a half kilo, regulated price, unregulated price, Uruguayan, Brazilian, from the mountains, from the plains, in a premium box and even in a bag!

Just as in some remote airports in the world the appearance of a couple of packets of yerba in suitcases can make untrained dispatchers confuse it with an illegal drug, in the days of the Buenos Aires of 1600 its detractors even alleged that the Guarani sorcerers inhaled the powder of the yerba leaves as a narcotic that allowed them to enter a trance. It was the Jesuits who, although at the beginning they also criticized it, improved its cultivation. They also monopolized their trade, until when in 1767 they were expelled from the Spanish colonies in Latin America. Only with the arrival of the twentieth century did the cultivation of mate become an industry, which has led to its widespread presence today.